For some reason we're back to the opening visuals from the first season (except with the pie in the face clip at the end) instead of the new awesome animated cards. But we're using the new music with it so it seems weird. And the guest images are clips from the show instead of portraits or static shots. The same old-style Cher tiles display at the show's half-way point and at the end. What’s going on??

Torch Open/Opening Song: "Stars" and "Keep the Customer Satisfied" (Video)
Cover of Janis Ian (1974) and Simon and Garfunkel (1970)
This is a song Cher was made to sing. I've explicated the performance here: https://cherscholar.typepad.com/i_found_some_blog/2022/08/when-cher-sings-a-song-what-it-means.html. Cher wears a black and white boa over her outfit in the torch opening and instead of throwing it off, she keeps the boa on through the full opening. Was this a censor issue? Her dress is orange with cut-outs at the sides. The dress doesn’t seem that risqué. But she jumps up and down when she sings for lots of jiggle TV. The stage is orange circles with triangular sun points around it. Very sparkly.

Monologue: She introduces the guests, not including Steve Martin for some reason; possibly he's not a household name yet like Teri Garr (another Sonny & Cher Comedy Hour alum) who had already been in Young Frankenstein. Cher talks about how Halloween is her favorite time of the year. She makes a joke about her "funny teeth" and the joy of getting peanuts, Cracker Jacks, candied apples and hickies for Halloween (“You’ve got a love bit on your neck!”). She says she has an eye on a Holmby Hills house.

Skit: Cher with a curly hair extension and a dress of multi-colored ruffles talks to the Smothers Brothers. Tommy keeps wanting to sing "Jimmy Crack Corn" and Dick and Cher keep trying to get him to focus on introducing the skit. Tommy tries to tell her she's beautiful to distract her.

In the skit Cher plays her Mae West character with the curly white wig. She's flirting with the warden, Gailard Sartain. It's been five years since she's seen her husband, Dick Smothers, and they've forgotten each other's names and who their kids are (little Dickie and Tommy). Dick is chained to Tommy, his fellow prisoner. They both try to seduce Cher who drops her earring and Dick tries to ad lib about it but Cher keeps stoically on with the skit. Dick and Cher make out and Tommy sneaks his hand in there once in a while. Tommy then wants to go to the bathroom which breaks up the embrace. Cher is wearing sparkly platform shoes. You can see them well while they all sit on the couch and you see Dick and Tommy are chained at the feet too.

They do a series of lights-out coupling scenarios which are pretty funny: Cher and Tommy; Cher and the warden; Cher, the guard and the warden. Cher ends up with Tommy and in the dark she says, "Now I know why they call you lefty." (I took that to mean Tommy dresses left.) Then Tommy says, "But I bat right-handed." And Cher says, "Switch hitter, huh?" and the skit ends with Tommy saying seductively, "You might say that, baby." I didn't get the innuendos after the lefty comment and asked Mr. Cher Scholar about them. He said they didn't mean anything but were probably meant to sound risqué.

Skit: Ted Knight has arrived at the Big Daddy Foundation offices to get assigned a Big Daddy. He says he's a big kid and sits on Gailard's knee. When told he's too old for a Big Daddy he threatens to hold his breath and gets hysterical. As a substitute they provide him with a tall, brunette model. He happily takes her and this all makes Gailard cry.

Saturday Night: I can't read the clock this episode so I have no idea what time Cher is getting home.

Her hair is in a bun and she has straggling wings. She's wearing tie-dye cape over a blue pantsuit. She complains to her new dog Tiger that her date was pretentiously "continental," saying things like ‘Ciao’ to everybody. (Which reminds us of Teri Garr on Later with Bob Costas rolling her eyes that Sonny didn't know how to pronounce ciao and he was Italian).

Cher goes to take an Alka Seltzer but then changes her mind. She sits on the couch to take off her shoes and Tiger jumps up on the couch. She says, "Couch for Cher; floor for Tiger." She says her date took her to a French restaurant and ordered for her. (I've been on many dates and this has never happened to me. It seems mysteriously Victorian. I asked Mr. CS if he ever ordered diner for a date and he said, "No.")

Tiger follows Cher around her apartment as she kvetches. She makes a joke that the food was all body parts: liver, kidney, calf's brains, tripe. She said dinner was like major surgery. And it cost 60 bucks! She said the same food can be found in a can of dog food for 45 cents. Cher puts on a Chinese nightgown and makes a bad joke about how it's a good nightgown after a bad date because you forget all about it (which refers, I believe, to the old joke they used to say about Chinese food: in an hour you'd be hungry again. Some of these jokes you have to go back in time to get.) She makes a kiss my ass joke. 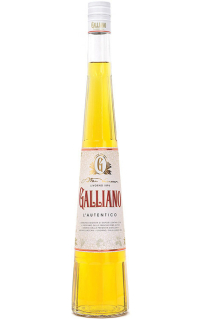 Life with Laverne: Ted Knight as Ted Baxter from The Mary Tyler Moore Show shows up at Laverne's new apartment (her wet bar is smaller and to the right now). Remember Ed Asner helped her move in.

The skit begins with Cher coming in with her groceries and Harry's dinner, six packs of beer. She says she never cooks and then sits on the couch to read the guide for the "boob tube." She talks about violence, sex and masochism…and that's just the 6 o'clock news! She talks about being attracted to Walter Cronkite and Eric Sevareid. Ted Baxter arrives and she makes him her favorite drink, something starting with a D (I thought) and Diet Rite.

(So there was much texting among my prodigious drinkers about what this liquor might be until finally Mr. CS guessed (from my texted description of the scene)  like maybe a "Dilaudid and diet Coke" joke. But then he said "that's kind of dark for the Cher show...but then again it was the 70s..." So when he came home I made him watch the sketch and he said "she's saying Galliano and Diet Rite. That would be rough!" I said, "Are you sure?" and he said, "Yeah, that's a Galliano bottle she's pouring." Later he said, "I think I would prefer the Dilaudid.")

Ted slings insults at her and says he's looking for an apartment to set up a lady friend he knows. Laverne speculates this is Mary Tyler Moore and says her rent is $65 a month. There's a gay joke about anchormen. Ted tells her he thinks her apartment is tacky and vulgar. Cher says it's "Art Deco, Art Nouveau" and Ted adds, "Art Carney." Laverne tries to seduce him and offers to create scandals he can then report on the news.

Cher Solo: "If You Could Read My Mind" (Video)
Cover of Gordon Lightfoot (1970)
The set is a floor and backdrop of pastel flowers. Cher is in a white dress with a headdress of pears. I keep losing the thread of this song. This is a very Cheriszed version.

Guest Spot: Cher introduces Steve Martin as "one of the funniest guys I've ever met in my entire life." He performs a short set of stand-up.

It's important to note here that’s Steve Martin’s reputation has grown since he left The Sonny & Cher Comedy Hour, which he doesn't even credit and rarely mentions. He's starting to appear in late-night stand-up spots, although he won't break out until his first comedy album comes out in 1977, Let's Get Small. The nerdy, in-kids (mostly boys like my brother) will get right on this funny phenom as soon as it happens (and I will tag along).

In this segment, Martin comes out in his bunny ears without providing any context. He jokes about using a drink as a prop when you feel socially awkward, He goes into his party/ladies man persona and talks about how to meet and proposition girls by being cool, but how hard it is to make the final pitch. Some funny stuff about trying to impress girls by talking about the stock market and owning a bus.

Skit: Gaylard Sartain struggles with an office coffee machine in a skit called "Man vs. Machine." First there is a cup and no coffee, then a coffee and no cup and then a hand burn, then a hole in the cup and then a stuck hand in the machine. Lots of kicking. (Haven't we seen this already with Harvey Korman on The Carol Burnett Show?) Luckily Steve Martin comes on (wearing very tight pants I might add) and helps Gailard rescue the cup of coffee if not Gailard's stuck hands. Steve then absconds with the one good cup of coffee the machine produced.

Skit: In another NBC pitch sketch, The Smothers Brothers (playing Mr. Frick and Mr. Frack) pitch a variety show starring Howard Cosell. This time, the prim Cher-in-a-bun character is named Miss. Silverman instead of Miss Schlosser (still Jewish which is very questionable). They admit Cosell can't sing, dance or do comedy and that he's not attractive or charming…and that people can't stand him (ok now that's kinda mean), but that he has three toupees for various occasions. Cher calls her secretary Paulette to get Vito at the ready. She tells them to pitch the show to ABC.

Finale: Cher and The Smothers Brothers sing a song called "Big Time Crime." They all have cigars (as if crime and cigars are an obvious thing). They're dressed like dancing grifters, Cher in a sleeveless dress, the kind my friend James calls a "crumb catcher." They introduce little crime skits:

Close: Cher closes the show with Ted Knight and The Smothers Brothers from the crime set. Cher again thanks her guests without thanking Steve Martin, but the announcer does mention Steve Martin as an "also appearing" along with Jack Harrell and Gailard Sartain. Tommy Smothers is goofing around making faces and the rest of the cast becomes annoyed and leaves him alone on the stage while the credits roll.

Highlights: Great opening number. This is also a lost Steve Martin gem. I don't know why this isn't online or in his retrospective DVD set. And although I don't love Gailard Sartain very much as a comedian, he is an interesting prototype to John Belushi and Chris Farley. The jail and interrogation skits with The Smothers Brothers are funny.