The Duties of Cher Scholar 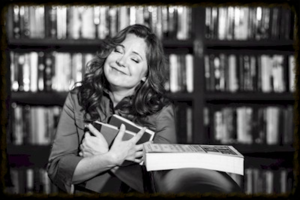 Cher scholar has logged many hours pondering Cher stuff. Here you can find a collection of:

Cher Scholar essays — Cher Scholar has pontificated academically on Cher theory in zines and in the magazine Ape Culture.

Cher zines — Cher Scholar is also the editor of two Cher zines: Superpak Vol 1 from 2000 and Golden Greats from 2004.

Mary McCray (also known as M.E. Ladd and Mary Elizabeth Ladd) is the author of Why Photographers Commit Suicide, a book of poems about exploration and frontiers published by Trementina Books. She is also the co-author of a book of haiku published by Timberline Press entitled St. Lou Haiku and the 2015 eBook Writing in the Age of Narcissism.

Mary was co-editor of the award winning pop culture zine Ape Culture, named one of the best web sites by Web Guide Magazine and listed in one of Yahoo! Internet Life's issue of Humor on the Net. One of the first online pop culture zines to showcase a variety of personal responses to celebrity culture, Ape Culture launched in April 1998 with essays, reviews, critiques, satires, parodies and poems. Ape Culture focuses on the major areas of popular culture: television, movies, and music. In addition to entertainment reviews and features, the webzine offers poetry, travel and holiday guides, advice columns, media morphing, and a celebrity-obsessed quizzes and games. Some irreverent reviews:

"This is bad poetry that says something."
— Australia's Courier-Mail Newspaper

Mary's poems have appeared in Ape Culture, Phoebe--The Journal of Gender and Cultural Critiques, The South Carolina Review, The Wisconsin Review, Switched-on Gutenberg, Literal Latte, Natural Bridge, Tintern Abbey, Eye Dialect, Mudfish and Hilltop Press in West Yorkshire, England. Her essays have been published in Book/Mark, Ape Culture and Hermenaut, The Journal of Heady Philosophy. She earned her B.A. from the University of Missouri-St. Louis in 1991 and an M.F.A. in Poetry from Sarah Lawrence College in 1997.

Mary and her co-editor at Ape Culture competed to win the chance to take home The Edgar Winter Dog in 2004 on the Animal Planet reality show Who Gets the Dog. Mary's dog Helga also ran for California Governor in the state's 2003 recall election before she passed away in May, 2004.

Mary has been a talking head on radio programs, college papers and The Philadelphia Enquirer as Cher Scholar. She is the editor of the spoof fan site CherScholar.com, three Cher fan zines (Superpak Vol. 1, Golden Greats and This is Cher) and she blogs as Cher Scholar on I Found Some Blog.