There are many things you can do to foster greater Cher understanding both for your own benefit and throughout your community on a grassroots level.

Name That Cher Tune — Take this online test to see if you can recognize some of the more obscure musical passages from over thirty studio albums. Not for the weak of heart. No whining allowed.

The Paparazzi in All of Us Game — This game has been taken down permanently due to security issues with the form. It was built in 1999 as an exercise to give students an understanding of the devious way paparazzi work and the fictional methods they employ. But you can still play at home. Here are some samples of real tabloids from the 1970s: 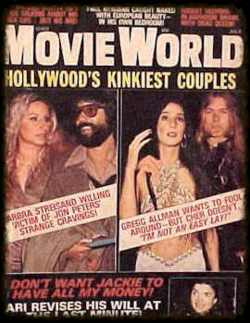 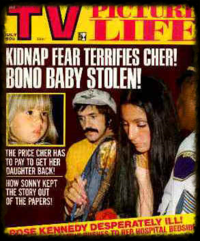 See if you can come up with your own salacious headlines: 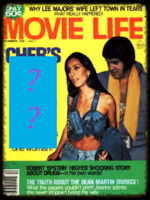 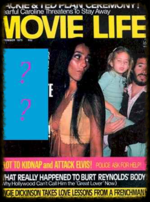 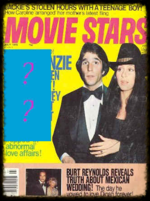 The Sonny Bono Celebrity Adventure — When the humor site Ape Culture (www.apeculture.com) launched in 1998, they created a celebrity adventure game based on the Choose Your Own Adventure books. You can re-live a celebrity life, making choices as their biography goes along. The inaugural adventure was created in memory of Sonny Bono who had passed away earlier that year.

Cher Parties — Cher Scholar and her co-editor at Ape Culture (www.apeculture.com) have been throwing celebrity appreciation parties since the mid-90s. Parties have been hosted for Duran Duran, Cher, Jack Nickolson and Barry Manilow appreciation. Parties include non-fan friends, career highlight reels, movies or TV specials, and food based on that celebrities history or cookbook. In fact, there once was even a party pitting Jack Nicholson fat-free recipies against Cher's fat free recipes from their respective cookbooks. (Read more about this party in the second Cher zine: Golden Greats.)