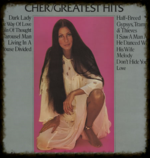 Lenny contacted me to give feedback for an article I did on the All I Ever Need Is You album. He took time, after having cataract surgery, to answer my questions about his experiences working with Sonny & Cher, which is much appreciated.

Lenny Roberts: I spent a lot of time with S&C beginning with the Gypsy's album and did all the hits and bombs until Cher left MCA. I was with them in Nevada when they split up, and took Sonny's girlfriend home from LAX. My wife (who was Johnny Musso's executive secretary at MCA) and I spent a Christmas Day at the Bonos - just the four of us and Chastity.

Cher Scholar: I definitely want to ask you about the Larrabee Sound studio. Cher seemed to record there almost exclusively in the 70s but I’ve never been able to find a comprehensive online history about the studio. What other artists passed through there around the same time?

LR: The studio, an old bank on the corner of Larrabee and Santa Monica, was built by and for the private use of Gerry Goffin and Carol King. Jackie Mills bought it in 1971, made me a partnership offer, and we started having hits with people I brought from my days at United/Western. The first was Half Breed. Other acts then came there, and my staff recorded hits by Hall and Oates and Al Wilson. Here is what the building became. 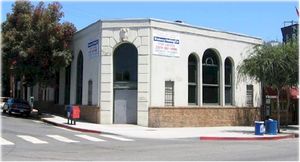 CS: What was the typical process of putting a Cher album together from your perspective?

LR: Typical process was the genius of Snuff Garrett. All productions were the same. Get the song, get the arranger, get the players and do it as fast and cheaply as possible. "Gypsys" was done Western Studio B. I believe we had 16 track recorders at that time, but Snuff thought four tracks were enough. I think we compromised and did it on a 3M eight track.

CS: The Snuff Garrett vs. Sonny Bono thing: What was the essential struggle between them?

LR: Whatever struggle was there was not evident to me in the studio.

CS: Were there any other unusual aspects about recording with Cher? I’ve read that Sonny & Cher swooped in at the end of recording to do their vocals and generally didn’t need many takes, and that Cher learned all the songs on the spot. How did that all work out?

LR: I don't know if she learned the songs on the spot, but she trusted Snuff to provide her with the right track done the right way when she arrived. You should remember that by the time the hits were being cranked out, their schedule was packed with TV and Las Vegas commitments. There was not a lot of time.

Just a couple of things that stand out in my memory were when we had to take time out in session when Cher broke a nail on a mic stand so we could call for a manicurist, and when we had to stop to wait for the arrival of the "pimple doctor." Those really were the days.

CS: [That cracked me up] What was Cher's relationship to Snuff Garrett?

LR: Their relationship was friendly.

CS: Did Cher's attitude change after her breakup with Sonny?

LR: She never stopped loving or needing him. She put her trust in others like Denis Pregnolato, who did a great job picking up the pieces.

CS: Did the Wrecking Crew play on any of these albums? Do remember who specifically played on the All I Ever Need Is You album?

LR: I'm not sure who the Wrecking Crew is/was. Mostly the musicians were the double-scale studio all stars; Hal Blaine, Joe Osborne, Michael Omartian, David Foster, Sid Sharp and those kind of guys. Later it was the Porcaros, Paitch, Hungate and the others.

CS: Do you remember what the atmosphere was like on their last duet album, Mama Was A Rock And Roll Singer?

LR: Nothing special about it. Fun, business, in and out.

CS: Do you have any memories of recording the more popular tracks? “Gypsys”, “The Way of Love”, “Living in a House Divided”, “Carousel Man”, “Half Breed” “Train of Thought” and “Dark Lady”?

LR: "Train of Thought" should have been a monster hit. I don't know why it wasn't. Writer Alan O'Day and I played in a road band for a couple of years in the mid-1960s. He impressed me then, and now. I don't have a favorite experience. I know we knew we were on a roll, and the formula started with the songs, as it should today. One thing Snuff said I will never forget is "I don't give a shit if it's recorded on wire. If it's a hit, it's a hit."

CS: Bittersweet White Light seemed like an unbeatable project, a set of standards similar to what was popular on their TV show. What do you think didn’t work about that album?

LR: I was disappointed in the lack of promotion/sales on that album. Mike Rubini did a great job, and Cher was the perfect performer. It just didn't work.

CS: Where there special challenges in recording the Sonny & Cher Live Vol. 2 album?

LR: The only challenge was when they delivered the Wally Heider truck [remote studio recording truck] I requested, it was parked in the garage directly adjacent to the entire garbage collection for the Sahara. It was July, and the air intake for the truck's air conditioning system was, you guessed it, facing the giant rotting garbage collection.

CS: What would Cher wear to the studio?

CS: Were Sonny & Cher very different socially from how they worked in the studio? Did they (Sonny) talk about work all the time?

LR: They were fun people. We rarely talked about work. Sonny took care of the people who were involved with their success. If you were given an "El Primo" shirt and/or jacket, you were honored. I was.

LR: I got out of the business in the early '80s. There was too much talent going unnoticed while noisemakers were turned into megastars. It stopped being fun. I don't have a favorite overall recording. We had too small rooms, and I developed the concept of isolating the strings by putting them into Studio 2. They could see the conductor via closed-circuit TV. It made for some pretty good-sounding tracks. The cavernous sound of "Gypsys," although I still love it, was replaced by the tighter-sounding "Half Breed" and "Dark Lady" tracks.