Opening Song: "Cry Like a Baby" (Video)
Cover of The Box Tops (1968)
Sonny wears a yellow Captain Kangaroo-looking outfit and Cher is in yellow and white with green and orange circles. What could be more 1970s? You can see Cher’s peekaboo ear and she's very tan and shiny. This early show had bad lighting. But her hair is very nicely brushed. Sonny is out of key and counting bars. He’s also wearing the Sicilian horn.

Banter:Your suit sounds terrible, Cher says to Sonny. He rebuts with “I discovered Cher… I made you," (which is seriously what they both believe). But this of course turns into a double entendre about sex. Sonny is discussing their start in show business. They try to upstage each other. There's an Italian joke, a Pocahontas/Indian joke, an Italian mother joke. Cher talks about Sonny's fictional Uncle Tony, the organ grinder with a monkey. Sonny says when he met Cher she was silent and bashful. "No smart remarks." He goes on to say, "when I heard her sing, I was totally involved. I heard that voice and I was sold" and he mentions that voice, range, pitch, modulations. And then the punchline, "My golly! That girl has a terrific body!" Sonny cracks himself up.

Skit: Sonny and Burt do stunts. Sonny is trying to recreate Burt’s movie stunts, which Burt famously does. Cher is wearing the fabulous multi-bun bun and a traditional Chinese-styled dress. We see Burt’s stunt reel. Cher says “that was terrific!” Sonny does a stunt and gets his suit hurt. Sonny gets his comeuppance and tries to give a disgusted look to the camera (which is sort of his trademark in these situations) but ends up smiling. (Video)

She's wearing the same Chinese-styled traditional dress in front of an orange light. This is a slower version than the record, very torch! Cher always said her hair was hard to light and you can see how hard that bun-of-buns is hard to light. 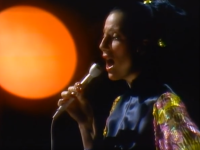 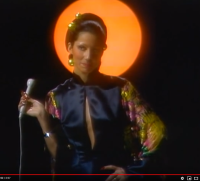 Skit: Yankee Doodle Dandy – It's the Revolutionary War and Burt Reynolds, Sonny and Ted Zeigler are marching to a stop light. This skit was aired by GetTV but not TV Land. (Video, end)

Skit: Raggety Sonny and Raggety Cher. I loved this recurring skit and this is the first one! They're adorable! Cher breaks the news to Raggety Sonny that she’s knitting them a baby. (Video, beginning)

Skit: Burt talks to Sonny about how he’s nervous around Cher. Cher wears a big afro wig extension. Burt talks about his new movie with Woody Allen, Everything You Wanted to Know About Sex But Were Afraid to Ask. Sonny tells Burt he’s a very attractive man, witty, intelligent, exciting, masculine, sexy, tall, sensual, that he has magnetism and charisma. "You’ve got it!" Burt is boosted by this and walks away with Cher. (Video, end) 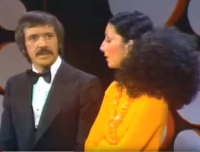 Skit: Sonny recites a Hamlet soliloquy and Shakespeare turns over in his grave.

VAMP - This was included in the GetTV version (I think) but not included in the TV Land airing. Cher wears a blood-red dress and a curly haired wig. Italian restaurant lamps hang in the background. (Video) 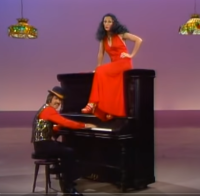 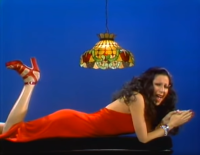 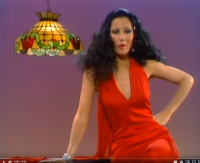 - Eve: Burt plays the serpent and tempts Cher as a blonde Eve to give the apple to Sonny playing Adam. The serpent self-references. S&C are naked besides hair and leaves. Cher is doing her Mae West and the skit is full of double entendres about sex. There’s also a Cleveland joke, a car joke and a forked-tongue joke.

- Calamity Jane: Burt plays Bill Hickock and challenges rival Calamity Jane, Cher in a black hat and halter top, and Sonny is the bartender in this Italian western. There’s even gun action. There’s a Dale Evans joke, an Indian wrestling joke, a reference to spaghetti arms and a joke about the book The Female Eunuch. 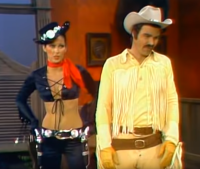 - Blanche DeBois: This is a great sketch based on Tennessee Williams’ play A Streetcar Named Desire. Burt does a very memorable Stanley  mimicking Marlon Brando. Sonny plays the conductor (on the streetcar, get it?). Cher cracks up at Sonny. 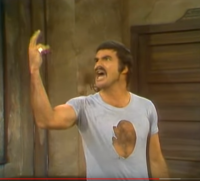 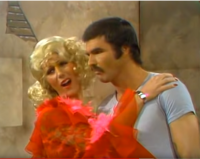 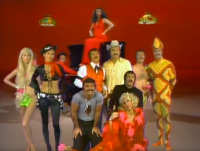 Concert: “Moon Rising / The Letter” (Video)
Cover over Creedence Clearwater Revival (1969) and  The Box Tops (1967) - which makes two Box Tops in one episode!
Sonny wears baby blue and Cher wears baby pink. Cher wears big hoops and a pony tail and sings letter like “lettah” and really sells “rack and ruin.” I feel if you want to gauge Cher’s feelings for Sonny and their personalities in general, the Concert segment is more realistic and organic than the opening number. Sonny does an air-trombone. The song is full of Sonny & Cher punctuations (whoops, whoas and yeahs) I love those sparkly earrings! 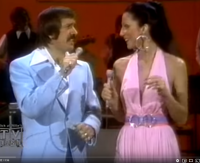 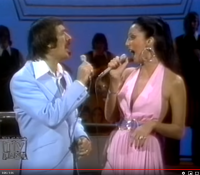 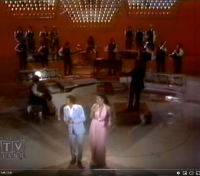 Headlines in the Papers: This was one that re-aired on TV Land only, not GetTV. A goofy Steve Martin opens with an air pollution joke that looks very Magritte. Teri Garr and Burt Reynolds wrestle over a purse.  Burt cracks up the girls in the Victorian room. Other topics include head transplants (did that give Steve Martin any ideas from this for The Man with Two Brains?), Hurst, George C. Scott, fires, earthquakes, Frank Sinatra, and crowded hospitals. (An abbreviated video)

I Got You Babe: S&C sing the closing song but in yellow and white outfits. I have stopped trying to match opening outfits with closing outfits.  (Video, end)

But this is interesting. Only Get TV airs the preamble to this, where Burt comes out to say goodbye with them (and you can see the bubble props move to close behind him). Italian and Indian jokes are made. Sonny claims he is surrounded by Indians. Burt gives Sonny a hard time and then exits.

S&C sing. They groom each other playfully. Sonny misses her face this time when he says goodbye.

I'm always intrigued by audience shots and wonder if they only show them if there is somebody notable or S&C knew anybody out there that night. Those groovy kids. 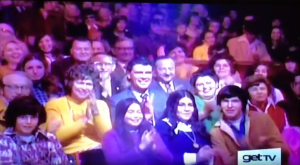 Highlights: First Raggety Sonny & Cher, very cute. More cultural exploration here with an Asian-styled dress and an African-American-styled wig. Later this is seen as inappropriate appropriation but at the time it was representation on American television and an inclusive gesture. Burt as Stanley is really funny.