Opening Song: “Gotta Get You Into My Life” (Video)
Cover of the Beatles (1966)
The opened with this song on episodes #6 and #18.
Sonny is in a blue ensemble with a concho belt and what looks like silver medallions down the side of his pants. Cher wears an American Indian-styled beads attached to the simple, white polyester dress,  complete with arm band and long fringe. Toward the end of the song, quite shockingly sudden, Cher's wearing her hair forward; the cut is awkward. I’ve stared this performance. She throws her hair a lot and has great nails. 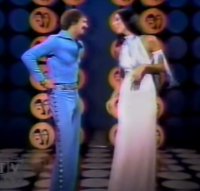 Banter: Cher gets a very interesting hug after the song. Sonny says he wants to tuck her under his arm. Cher says he’s too short. Cher asks him if he wants her to tuck him under her wing? He doesn’t like that question and changes the subject. Sonny recites a poem: “Fair Cher/A wonderful singer I suppose/I would be too/If I had that nose.” Cher responds with (and it looks like on the fly): “Funny Sonny/A wonderful sport/I would be too/If I was that short.” She admits he caught her off guard and he says I always catch you off guard and she says that’s the only way you can catch me.

Sonny talks about his dream last night of being president of the United States and his political aspirations including having his face on coins. Cher talks about meatballs in the White House. “One pizza, Spiro!” Cher makes the Nixon peace sign. Sonny tries to say Oval Office and Cher jokes about his mustache interfering with his enunciation. Sonny says, “You talk a lot for an Injun.” Eek! Cher looks away and raises her eyebrows at that ad lib. (Secret communication between her and the audience.) Sonny pulls Cher’s arm around him at the end. 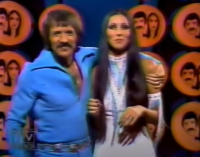 Vamp: I've finally noticed the pattern to these openings: Sitting up with legs on piano keys, laying sideways, laying forward. It's pretty much the same every time.

- Ester Williams: (Cher) and King Neptune (her father, Don Adams) argue about Cher falling in love with a fisherman, Sonny. There's a Mark Spitz joke, a Dolphins Football joke, a halibut joke, a Flipper joke, and a joke about Sonny's mother being a whale (this is an ancient joke from their supper-club act).

- Sandra from Shangri-La: Sonny plays her Dad. They joke about the place of no-cares, Pasadena, California. I don't have many notes for this sketch. Don does an impersonation of then-congressman Ronald Coleman.

-  Wonder Woman: Cher plays a stenographer before she turning into Wonder Woman, Sonny plays Superman and Don Adams plays Batman. They’re all in a phone booth trying to change into their superhero outfits while Ted Zeigler gets attacked by a wild gorilla outside. This is a good place to talk about the Cher Stare. Cher scholar Jay recently sent me an episode of the Mike Douglas Show in 1969 when Sonny & Cher were co-hosts. Sonny does a pretty good impersonation of Don Adams complaining about the Cher stare, which was said to creep him out. Sonny also says Don Rickles felt the same way.

Headlines in the Papers: Topics include Vietnam, recycling, Hitler’s limo (I think my notes say limo), inflation (In a grocery store Don Adams is the checker and Cher the customer and Sonny plays the bag boy. Cher hits him with her purse, video), Mark Sptiz, the army, female horse jockeys, Helen Gurley Brown, Wilt Chamberlain, depression, conjugal visits in prison and looking ahead to 1995. (Oy. We're all old.) 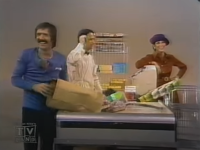 Concert: “Mama Was a Rock and Rolls Singer, Papa Used to Write All Her Songs” (Video)
Sonny’s composition from their 1973 album of the same name to be released later this year in June of 1973.

It amazes me that Sonny & Cher essentially had their bust up in December of 1972 and already by February Sonny has composed their break-up opus. They lip sync the song, Sonny badly, after which he makes his mean face. Cher’s hair is in a crazy braided bun (we get an unusual back view shot) and she wears a dark blue or violet halter dress. You can see her belly button. 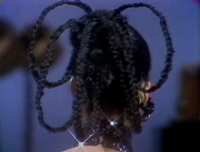 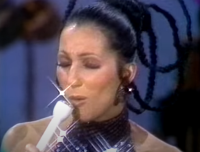 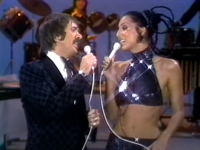 The camera shows the musicians a lot which is rare.  Maybe Sonny wants to focus on his brilliant music. The guitarists look like lost boys from the 1950s. But we also catch future Toto’s Jeff Porcaro on drums. He looks very young. 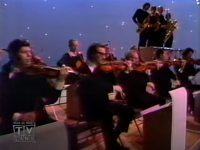 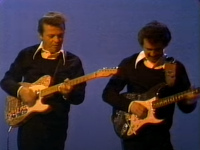 Does Cher sing this with irony? You can’t tell. She’s a complete, smiling, hip shaking poker face. They only belie a hint of truth in song during the line “And what I’m tryin to say in my own sweet way is I’m mad.”  Sonny is in a patterned black suit with a big bow-tie. He also looks like he’s wearing the POW bracelet. 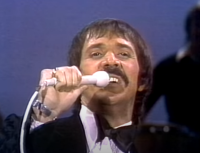 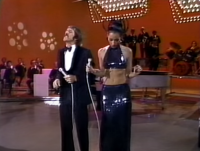 Another amazing thing: they sing the almost-extended version, the first two of three suites! (Full disclosure: I used to act out this entire song at age 9, along with other embarrassing Sonny & Cher related things...like I somehow talked my friends into yelling “Laugh at Me!” before doing cannonballs into the neighborhood pool.)

Solo: “Never Been to Spain” (Video)
Cover of Hoyt Axton (1971)
Cher also sang this in episode #26. She wears a yellow dress with feathers and a head wrap with sparkles. She’s also sporting a very long yellow boa. There’s a yellow light behind her. It starts slow but by the end she really screeches it. And the outfit is screechy too.

She only made it out to Needles, “what a drag.” IGUB (Video, 11:14)
Chastity, in a white pantsuit, somewhat of a cross between Sonny’s pantsuit and Cher’s dress. Chastity also wears an American Indian necklace and her parents have coached her to say “goodnight everybody” and “god bless you.” As Cher sings the song, Chastity makes funny arm and hand movements. Cher is incredulous and smilingly scolds Chastity. 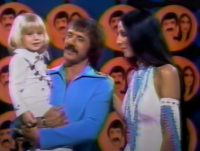 Highlights: This is one of those episodes with three big productions: Vamp, Headlines and the Cultural Spot. It's the only place I know you can see them perform "Mama Was a Rock and Roll Singer." A pre-Toto Jeff Porcaro.