Opening Song: “Country Sunshine” (Video)
Cover of Dottie West (1973)
Sonny & Cher wear very sparkly pink material, her dress and his shirt exposing a fair-share of rug. Cher wears cute dangling earrings and Sonny even wears a pink belt. (This is the outfit on the front cover the Sonny & Cher Collection DVD set.) Cher laughs as Sonny struggles through the lyrics. Allegedly he didn't like country music as much as Cher does. There's a look Sonny often throws at Cher that I do find somewhat heartwarming. He does it sometimes in a stern parental way (not adorable) and sometimes in an affectionate way (adorable) when he bows his head down a bit and looks up at her.

Banter: Sonny & Cher shakes hands and Sonny calls her pal-y. He says she really looks super, only one problem: not Italian. She punches him. Cher says if you're an Italian girl you have to have a mustache.  He comes back with "What does an Indian say? 'How.' And Italian was born knowing how!" These jokes. Oy. Sonny basks in his joke and then Cher quips, "You must be only half then." Sonny claims he won't respond to that silliness and then pinches Cher's ass. Sonny talks about New Year's Eve and what they did together (went to bed early). Sonny says "there's nothing like waking up with a big headache" and Cher returns with "unless it's a small Italian." Cher looks bored while Sonny talks about all the football he watched New Year's Day and Sonny surmises she doesn't like football but she says it wasn't the football she was bored with (Cher once said she actually enjoyed watching football with Sonny). 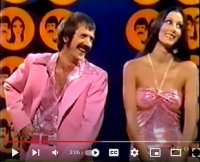 At the Launderette: Olivia is folding towels. Laverne says she has a hangover. Harry was drinking energy-crisis cocktails (which makes your lights go out).

Guest Spot: Tennessee Ernie Ford sings "Things My Daddy Used to Say." At the end he shakes the hand of the guitarist.

The Third Annual Bono Awards: This will be the last. Ted Zeigler reprises the French bomb guy but as a homeless person. There's William Conrad and dancing TVs. (Years later my brother Randy would design a TV Halloween costume for me that looks really similar to these dancing TVs.) Lyle Waggoner reprises his role as Lyle Perfect and poses like he were on the cover of a "record album jacket." There's a spoof of the show Maude. Cher plays Maude. Tennessee Ernie Ford plays Walter. Cher tries to talk in a lower register, bemoans her problems. Tennessee Ernie Ford calls her a nut. There's an award for Most Policeman in One Cop Show and a skit based on the current show Police Story with an Irish cop named Lewie (Sonny) and his gray-haired mother (Cher). There's an award for Best Monday Night Football where Sonny, Tennessee Ernie Ford and Peter Cullen impersonating Howard Cosell play football announcers giving each other a hard time. There's a spoof on the gameshow Let's Make a Deal with Tennessee Ernie Ford as the host. Murray Langston, Ted Zeigler and Teri Garr dress up as audience characters. Lyle announces there will be no more Bono Awards and he gets a standing ovation. (Does the show know it's running down?) The trophy becomes a hot potato nobody wants to keep. At the end Cher looks great in a big afro-ponytail and a yellow gown with boa.

Cultural Spot/Vamp: Freeman King introduces the spot from the leather chair. I've starred this one. This turns out to be a mashup with the old Vamp sketch. It's a spoof on the comic strips in the newspaper.

- Cher plays Daisy Mae Li'l Abner played by Tennessee Earnie Ford. Sonny plays a TV star who offers himself to her. Teri Garr and Ted Zeigler are also in the skit. 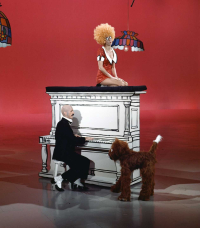 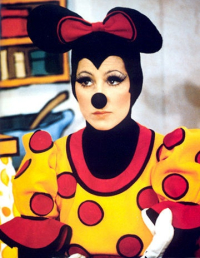 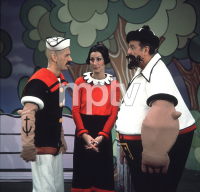 IGUB: Chastity is in a matching pink outfit with bows. They joke if Sonny could sing he might be able to make it as a country singer.

Highlights: The ethnic jokes stand out (almost as a lowlight), the comic strip version of Vamp, the solo spot for "Cry."